Albert Maysles
An Anatolian Farmer Corrals His Cows in Turkey (for the film On the Path of Paul), 1958
Vintage gelatin silver, printed 1958
8 x 10 inches

An exhibition of Albert Maysles’ photographs and “cinemagraphs” at the Steven Kasher Gallery and related events have been organized to celebrate the release of Albert Maysles, A Maysles Scrapbook: Photographs/Cinemagraphs/Documents, preface by Martin Scorsese (Steidl/Kasher, 2008). This 376 page book is the first comprehensive monograph on the pioneer filmmaking team that set the standards of contemporary documentary filmmaking.

The exhibition will include over 50 of Albert’s vintage black and white prints from the 1950s. Also on view will be over 20 large-scale limited edition cinemagraphs reproduced from the original footage of Grey Gardens, Gimme Shelter, Salesman and other films.

With Albert behind the camera and David on sound, the Maysles brothers were pivotal in creating the Direct Cinema movement of the 1960s and 70s, and are among the progenitors of modern documentary cinema. Grey Gardens (1976) spawned an award-winning Broadway musical and a soon-to-be-released feature film starring Jessica Lange and Drew Barrymore. Gimme Shelter (1970) captured the infamous and fatal Rolling Stones concert at Altamont and is often called the greatest documentary ever made on the American 1960s. Salesman (1968) is widely credited as the first feature-length documentary to eliminate voice-over narration and the first to achieve wide theatrical distribution.

The recent discovery of a cache of original film negatives and hours of outtake film, numerous stills, production notes, and personal and business documents is the occasion for this retrospective exhibition and publication. The book is a long-awaited testament to one of the most important and influential filmmaking teams of our time.

Albert Maysles: Photographs/Cinemagraphs will be on view from February 15 through March 15, 2008. Steven Kasher Gallery is located at 521 W. 23rd St., New York, NY 10011. Gallery hours are Tuesday through Saturday, 11am to 6pm. For more info or press requests please contact Kat Jones at 212.966.3978 or kat@stevenkasher.com. 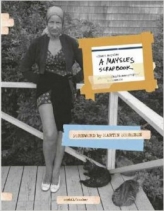 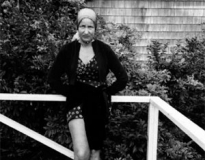 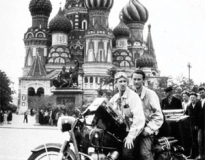