Steven Kasher Gallery is honored to exhibit a new body of work by the great American artist John Chamberlain. John Chamberlain: Pictures will present nine monumental photoworks, comprised of multiple eight-foot-high stretched canvas panels, each panel hosting a highly-processed and colorized panoramic photograph by the artist. Created in 2010-11, Pictures is Chamberlain’s most candid, autobiographical, and intimate body of work to date. Departing from his sculptures in medium and imagery, these new works on canvas continue the artist’s use of color and composition that infuse his art with extreme energy and power. The exhibition is accompanied by a publication: John Chamberlain: Pictures (SteidlKasher, Gottingen, 2011), text by Carlo McCormick.

In this new body of work, created in 2010-11, we see a clash of complex perspectives, strange textural effects, and a high-keyed palette that ranges from Pop to sun-drenched, Bonnard-like Post-Impressionism. The Pictures incorporate images of himself, family, friends, dealers, favorite places, studio details, and much more. This diaristic quality is something rare in monumental modern works of art.

For these panels Chamberlain shoots with a Widelux panoramic camera. He digitally alters the photographs: stretching, cutting, filtering, colorizing. All of these actions parallel actions he usually applies to metal. He then enlarges and prints selected images onto stretched canvas panels, and plays with the juxtaposing, -- “collaging” -- of the canvases. Here the abstraction remains vital, but new referential readings also come into play. One feels the ebullience of a very mature artist in full control of his powers toying with new challenges. These works stand comparison to the risky late works of Picasso and Titian.

John Chamberlain -- along with Jasper Johns and Cy Twombly --  is one of the living giants of his generation of American artists. A major retrospective of Chamberlains work will fill the Guggenheim Museum, New York, in early 2012. His sculpture is represented exclusively worldwide by Gagosian Gallery.

John Chamberlain: Pictures will be on view from September 15 - October 29, 2011. Steven Kasher Gallery is located at 521 W. 23rd St., New York, NY 10011. Gallery hours are Tuesday through Saturday, 11am to 6pm. For more information or press requests please contact Christiona Owen at 212 966 3978 or christiona@stevenkasher.com. 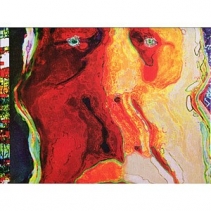 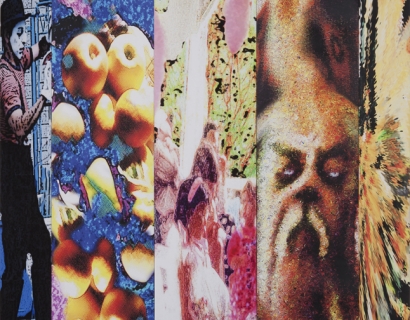