Steven Kasher and Gerhard Steidl are pleased to announce the exhibition and publication of:

Least Wanted  A Century of American Mugshots
Exhibition : September 14 through October 28, 2006
A reception and book launch will be held on Thursday, September 14  from 6-8pm

Least Wanted: A Century of American Mugshots, will present the first survey of the American mugshot. The selection demonstrates that mugshots, taken under duress, can be as full of truth and beauty as more cooperative masterpieces of studio portraiture. On exhibit will be over 200 unique vintage artifacts, all available for purchase.

Our publication is:
Least Wanted: A Century of American Mugshots
Edited by Steven Kasher and Mark Michaelson, essay by Bob Nickas, texts by Mark Michaelson and Kio Stark
Published by Steidl/Steven Kasher Gallery. Hardcover, 8.5 x 11 in. / 304 pages / 330 color plates, Price: $50.00
You can order signed copies of the book from the gallery, please email Elena@stevenkasher.com.
To preview the book go to: ftp://ftp.dapdata.com

“Hookers, stooges, grifters and goons. Punks, sneaks, mooks and miscreants. These are the Least Wanted. Men and women. Elderly and adolescent. Rich and poor. Mostly poor. These photographs are part of a collection of over 10,000 American criminal mugshots ranging from the 1880s to the 1970s that I gathered over the last ten years. Least Wantedis a poetic encyclopedia of discarded portraits set free from the steel file drawers of police departments and prisons. Created as utilitarian instruments, they survive as extraordinary visual artifacts. Bored, sheepish, proud, coy, tough, defiant, bounced, and bruised. Innocent-until-proven-guilty faces that stare back at the camera with unmistakable individuality. This is central casting for the Late Late Show of an unvarnished reality. Small-timers. Fallen through the cracks. These documents, meant to be destroyed when obsolete, are remnants of a bygone era of hard- copy originals. They are physical photographs, often accompanied by municipal ephemera, attached to cards and documents. Typewritten and rubber stamped. Measured and fingerprinted. Documented and classified. A century of American social history, filed and forgotten - until now.” Mark Michaelson 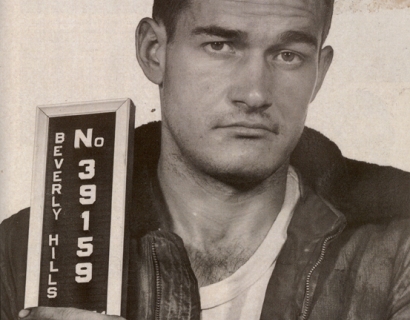 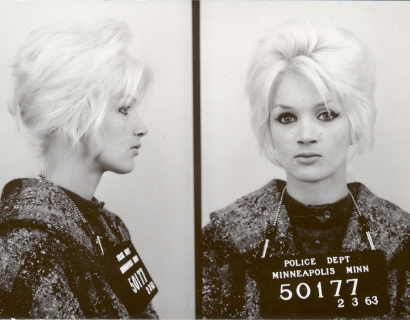