The Steven Kasher Gallery is honored to present Phyllis Galembo: Masquerade, a Decade. Since 1997 Galembo has been photographing masked revelers in ritual performances. The exhibition will include 18 color prints, and will feature Galembo’s full-size prints, at 60 x 60 inches. This is the first exhibition of Phyllis Galembo’s full-scale photographic prints in an art gallery context. Galembo has made over twenty trips to sites of ritual masquerade in Africa and the Caribbean. She has repeatedly photographed Carnaval in Jacmel, Haiti before and during the Aristide debacle, capturing annual performances with a subterranean political edge. She has traveled repeatedly to West Africa to witness annual rituals that involve extraordinarily creative masking and costuming. Galembo brings her lights and cameras to scenes of public display. She chooses existing local background: a wall of a home, a tree. She coaxes poses from her subjects as they proceed with their ritual business. She reveals creativities of fashion and performance that combine traditional and modern materials, symbol, and gestures. Her subjects may spend a year gathering materials and sewing elaborate costumes worn a single day. Or they spontaneously paint their jeans and bodies and join posses of play and protest. Galembo works in the tradition of the staged portraits of Curtis and the world-in-a-small-room ethnic fashion studies of Penn. But Galembo does not carefully arrange her subjects in a studio setting. She looks for timelessness, elegance, and dignity. But she is also attuned to a moment’s collision of past, present and future, attuned to a riot of contradictory forms and colors, messages and silences, hopes and desperations. Galembo’s portraiture illuminates the transformative power of costume and ritual. Her images capture the raw and often frightening aspect of ceremonial garb. She highlights the creativity of the individuals morphing into a fantastical representation of themselves. The subjects have cobbled together materials gathered from the immediate environment to idealize their vision of mythical figures. While still pronounced in their personal identity, the subject’s intentions are rooted in the larger dynamics of religious, political and cultural affiliation. Establishing these connections is a hallmark of Galembo's work. Galembo has exhibited extensively in non-art museum exhibitions. Many of her prints were included in Sacred Arts of Haitian Vodou at the American Museum of Natural History in 1998-99. Her exhibition Manifestations of the Spirit was at the Smithsonian Museum of Natural History in 2001-2. Only recently have art and photography curators begun to champion her work. Galembo’s exhibition West African Masquerade was at the Tang Museum in 2007, and will be at the George Eastman House International Museum of Photography and Film in summer 2008 and traveling thereafter. Galembo is also the author of Divine Inspiration from Benin to Bahia, Vodou: Visions and Voices of Haiti, and Dressed for Thrills: 100 Years of Halloween and Masquerade Costumes.  Her work is included in numerous public and private collections including the Metropolitan Museum of Art, Museum of Fine Arts, Houston, Schomberg Center for Research in Black Culture, New York Public Library, and the Polaroid Corporation.  In connection to her work and exhibitions Galembo has appeared on CNN, NPR Radio and NBC Today in New York City. Phyllis Galembo was born in New York and lives in New York City. Phyllis Galembo: Masquerade, a Decade will be on view from September 10 through October 25, 2008. Steven Kasher Gallery is located at 521 W. 23rd St., New York, NY 10011. Gallery hours are Tuesday through Saturday, 11am to 6pm. For more info or press requests please contact Kat Jones at 212.966.3978 orkat@stevenkasher.com 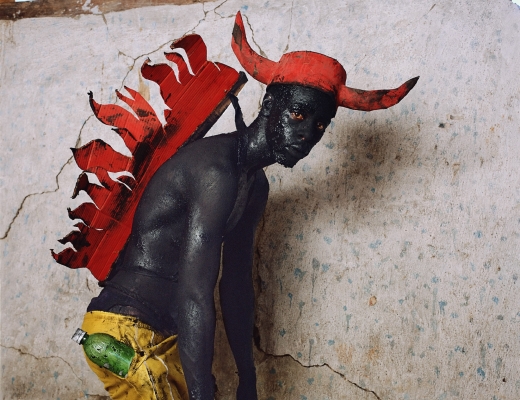 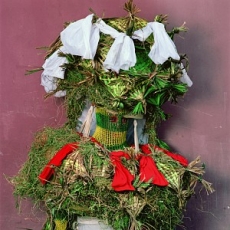 Images by Phyllis Galembo have been included in a show at the Israel Museum entitled Face to Face: The Oldest Masks in the World. 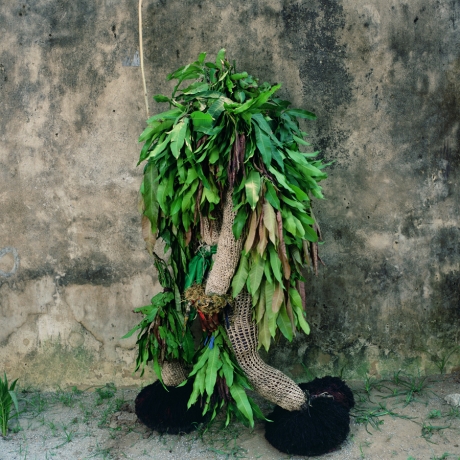 We're very excited to announce that Phyllis Galembo has been named a 2014 Guggeinheim Fellow in the field of photography. 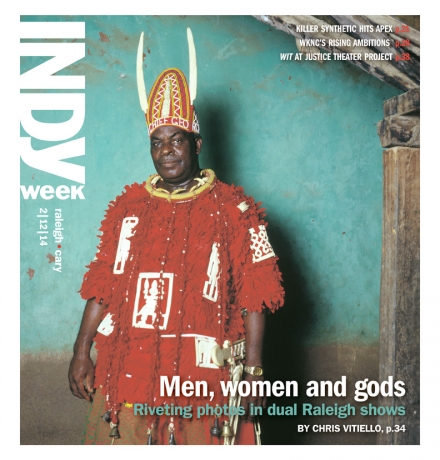 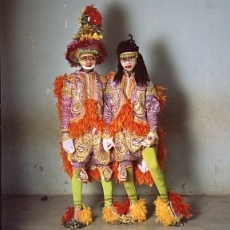 We are honored to find Phyllis Galembo's photography featured in Carol Vogel's article on the Venice Biennale. Read the article here. 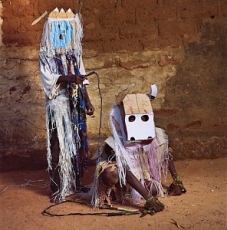 Alex Daniels speaks with Phyllis Galembo before the artist left for Venice where her work will be in the 2013 Venice Biennale. 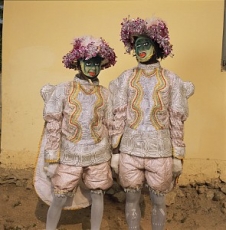 Steven Kasher Gallery is pleased to announce the participation of Phyllis Galembo in the 55th International Exhibition of the Venice Biennale. 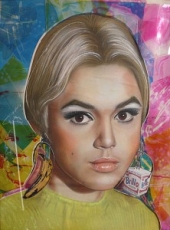 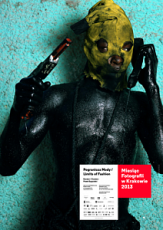 Phyllis Galembo is exhibiting at Miesiac Fotografii w Krakowie 2013. We are honored to announce that her image, 'Man with Gun and Phone' Jacmel, Haiti, 2004 is the cover of the festival catalogue. 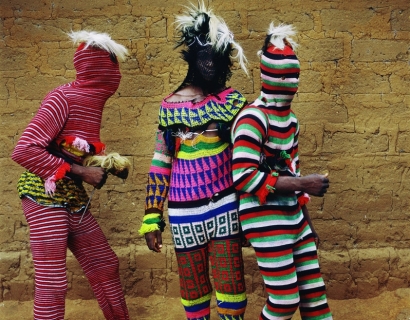 AnOther Magazine on Phyllis Galembo 'Maske'March 17, 2016 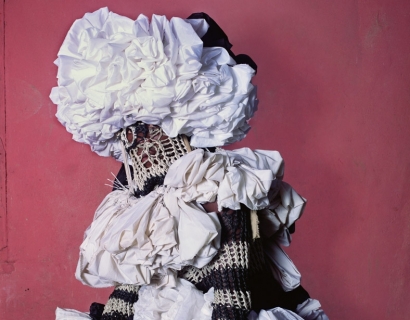 The Telegraph on Phyllis Galembo 'Maske'March 16, 2016

The Telegraph announces the publication of Galembo's most "arresting images." 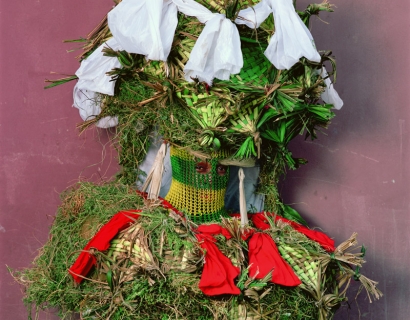 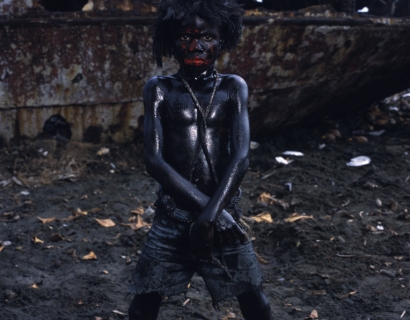