Hugh Van Es, A Wounded Paratrooper of the 101st Airborne Division is Helped Through a Blinding Rainstorm by Two Medics after being Evacuated from Ap Bia Mountain During the Brutal Ten-Day Battle for What Came to be Known as Hamburger Hill, May-69

Henri Huet, Life Magazine Photographer Larry Burrows Struggles Through Elephant Grass and the Rotor Wash of an American Evacuation Helicopter as he Helps Gls Carry a Wounded Soldier on a Stretched from the jungle to the Chopper in Mirnot, Cambodia, 4-May-70

Malcolm Browne, Buddhist Monk, Thich Quang Duc Burns Himself to Death on a Saigon Street to Protest Persecution of Buddhists by the South Vietnamese Government, June 11, 1963

Henri Huet, Medic Thomas Cole of Richmond, Virginia, Looks up with his One Unbandaged Eye as he Continues to Treat Wounded S.Sgt. Harrison Pell of Hazleton, Pennsylvania, During a Firefight, January 30, 1966

Horst Faas, A Woman Mourns Over the Body of her Husband After Identifying him by his Teeth, and Covering his Head with her Conical Hat. The Man’s Body was Found with Forty-Seven Others in a Mass Grave Near Hue, April 11, 1969

Horst Faas, Sunlight Breaks Through Dense Foliage Around the Town of Binh Gia as South Vietnamese Troops, Joined by U.S. Advisers, Rest After a Cold, Damp, and Tense Night of Waiting in an Ambush Position for a Viet Cong Attack that did not Come, January 1965

John Nance, Pfc. Clark Richie Sniffs the Scent of a Letter from a Girl Back Home in Jay, Oklahoma, Apr-66

Horst Faas, A Distraught Father Holds the Body of his Child as South Vietnamese Rangers Look Down from their Armored Vehicle, 19-Mar-64

Steven Kasher Gallery is honored to present the exhibition Vietnam: The Real War: A Photographic History from the Associated Press.  Included will be over one hundred photographs in black and white and color, as well as posters, periodicals, and other documents from the era. The exhibition includes work by over 25 photographers. It is mounted in conjunction with the release of Vietnam: The Real War (Abrams; October 1, 2013; 304 pages; 300 photographs).

In Vietnam in the 1960s and 70s, the Saigon bureau of the Associated Press was the largest and most experienced news service covering the War. It gathered an extraordinary group of superb photojournalists, creating one of the great photographic legacies of the twentieth century. Organized chronologically, the images in the exhibition tell a story of the war that has left a deep scar on the world. Included are Malcolm Browne’s photograph of the burning monk, Nick Ut’s picture of a nine-year-old girl running from a napalm attack, and Eddie Adams’s image of the execution of a Viet Cong prisoner. Also exhibited, for the first time, are the before and after images from those indelible events.

From Vietnam, photographers taught the world how to see the war. Say the word ‘Vietnam’ today to most people of a certain age; the image that rises is usually a photograph. An AP photograph.”  —From Pete Hamill’s introduction to Vietnam: The Real War.

Four articles in the New York Times about Vietnam: The Real War can be found at these sites:

Vietnam: The Real War: A Photographic History from the Associated Press will be on view October 24th through November 30th, 2013. Steven Kasher Gallery is located at 521 W. 23rd St., New York, NY 10011. Gallery hours are Tuesday through Saturday, 11 AM to 6 PM.

For more information about the exhibition and all other general inquiries, please contact Maya Piergies, 212 966 3978, maya@stevenkasher.com. 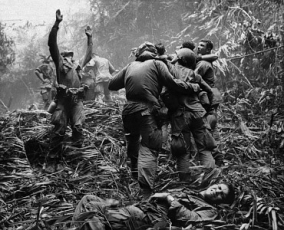 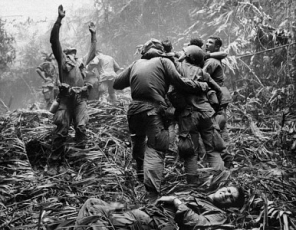 The New York Times previews our October exhibition, Vietnam: The Real War, A Photographic History from the Associated Press. 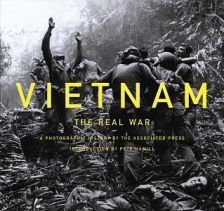 Vietnam: The Real War: A Photographic History By the Associated Press
2013 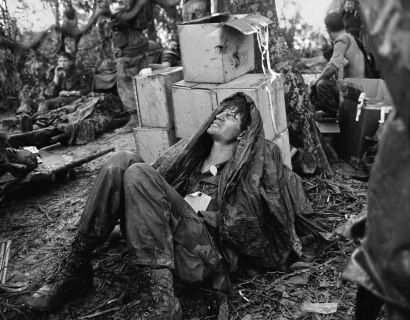 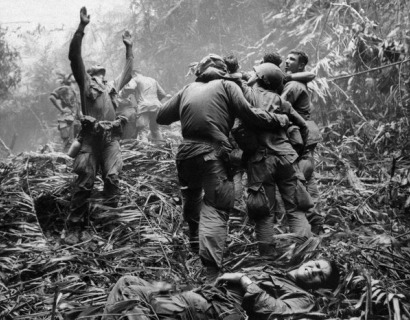