Steven Kasher Gallery is honored to present William John Kennedy: WARHOL LOVE INDIANA. The exhibition features over 20 black & white and color photographs from 1963-64 of Andy Warhol and Robert Indiana by William John Kennedy. Also exhibited will be original early 60s work by Warhol and Indiana, including a 6-foot felt LOVE banner, one of the first versions of Indiana’s most iconic image. The show coincides with Robert Indiana’s first major retrospective, Robert Indiana: Beyond LOVE, at the Whitney Museum September, 26th through January 5th , and with the broadcast debut of a one-hour documentary about Kennedy’s photographs, Full Circle: Before They Were Famous.

Kennedy’s images capture the two artists and their soon-to-be iconic works at the birth of their careers and the birth of the Pop Art movement. The young artists are portrayed as both playful and serious, and even prescient of their future fame. Kennedy produced one of the few images of Warhol and Indiana together.  He captured Indiana in his studio with his first LOVE painting. Kennedy’s photographs of Warhol are unique in their portrayal of  the artist interacting with his paintings in a year that he produced more masterpieces than any other year: Marilyn, Liz, Jackie, Most Wanted, Elvis, Race Riot, Early Self, and Flowers, to name a few. It was Warhol’s second year making films, the year of Blow Job, Empire, Eat (starring Indiana) and the first Screen Tests. Kennedy’s insight was to reveal Warhol and Indiana in performance with their signature artworks.

In conjunction with Robert Indiana: Beyond LOVE, the Whitney and Yale University Press are publishing a fully-illustrated catalog featuring several photographs by Kennedy. The catalog includes texts by Barbara Haskell, and Robert Indiana, as well as the transcript of a discussion on Indiana’s art by Thomas Crow, and others.

The Andy Warhol Museum recently recognized the importance of Kennedy's historic work and produced a limited edition portfolio that will be featured at the gallery. The specially designed aluminum box includes five photographs, and represents collaborative works created in the early 60's by Kennedy and Warhol at the famed East 47th Street Factory. Eric Shiner, the museum’s director, says, “With this rare body of work, Kennedy has given us some of the most joyous and insightful images of Andy Warhol ever created."

In the 1960s Kennedy was a freelance editorial photographer in New York, with work published in LIFE, Sports Illustrated, and other magazines. He worked for many decades as an editorial, corporate and fine art photographer.  In 2010, a full length documentary film, Full Circle: Before They Were Famous, chronicled Kennedy’s work with Warhol and Indiana. Kennedy’s images have been included in important publications including Andy Warhol Giant Book (Phaidon, 2007), Robert Indiana: New Perspectives (Hatje Cantz, 2012), and Love and Fame (Indiana State University, 2013).

For images, more information about the exhibition and all other inquiries, please contact Christiona Owen, 212 966 3978, christiona@stevenkasher.com. 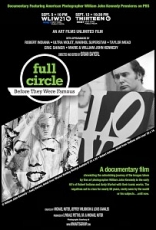